Spotlight on the Korean language: quirks, intricacies and phonetics

South Korea has been thrust into the global limelight in recent years, for its food, music, film and more. But are we any more aware of the language spoken across this creative country?

South Korea: a land home to global brands such as Samsung and Hyundai, and to the 2012 smash-hit song Gangnam Style, of K-pop fame. A country whose corporate and cultural offerings have been showcased across the globe – Netflix’s Squid Game  is currently making waves across the world – but whose language is often overlooked.

When you think about it, it’s not really a surprise that the Korean language has long been overshadowed, considering Korea lies sandwiched between two of the great historic Asian societies: China and Japan. For some time Korea was the baby of the family, and while this is no longer the case when it comes to business, linguistically Korea continues to be the hip and creative younger sibling.

Used by roughly 80 million people across the globe today, the Korean script (한글 – pronounced Hangul) is a relatively recent development.

Designed during the reign of King Sejong in the 15th Century, it was purposefully invented to increase literacy rates among the common people. Up until this point Korea had used a more complicated, traditional Chinese script called Hanja. Hangul allowed the population greater access to their culture. This in turn helped strengthen Korea’s national unity. 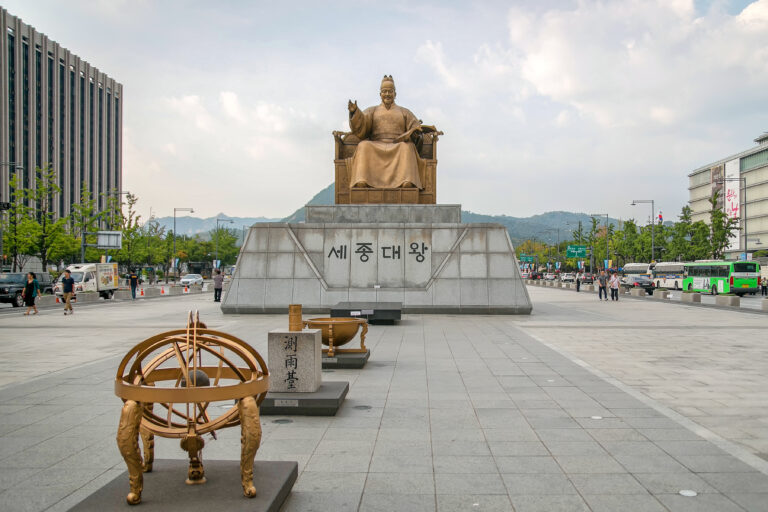 At first glance, Hangul is merely a simplified version of the more traditional Chinese characters, but what lies behind the script’s shape and positioning is actually much more complex and beautiful.

Phonics is the first basic step in learning to read. The shapes of alphabets are determined by numerous factors, including the physical world and our ability to recall them. But Hangul is equipped with an extra tool to help learners recognise and utilise the sounds of the language.

Amazingly, many of the letters used in the script reflect the shape the mouth and tongue make when we pronounce them.

So how does this work? Well, let’s look at the consonant sound used in the Korean language for the letter N.

Alveolars are consonants which are sounded by touching the tip of the tongue on the alveolar ridge (hence the name) at the front of the mouth. In English, this encompasses the “n”, “d” and “t” sounds.

As much as our own English alphabet is very lovely, the unique thing about Hangul is that the shapes are based around the phonetics. As the image to the right highlights, the Korean “nieun” is an outline of the shape that the tongue forms when making this sound.

The Korean alphabet is mostly made up of horizontal and vertical lines, as well as circles (and previously dots). These were made to represent Earth, humankind and heaven respectively.

So when you write a Korean sentence, or even simply compose a word or syllable, you’re not only creating meaning in terms of the language, you’re also commenting on humankind’s position in the universe itself. (Profound eh?)

Get to know Korea

If you’re interested in digging a little further into the Korean language and South Korean culture, why not check out some of the below.

Talk To Me in Korean: A great site for Korean language learning.

The Vengeance Trilogy: If you like your films a little gory and quite a bit off-the-wall, the Koreans have got it covered.

Kimchi: Aficionados of fermented food will already know this one. Kimchi is spicy pickled cabbage – it’s absolutely delicious, and very healthy too. 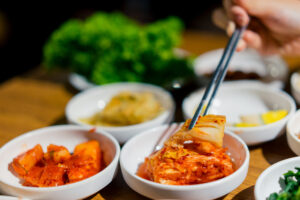 Need Korean translation? We’d love to help – contact us for a quote.