Mind your languages: when auto-translate gets you in trouble

What not to do

In 2020, something finally knocked Covid out of the headlines: the US elections. Once the votes were counted and the (albeit contested!) result was announced, world leaders hastened to deliver their congratulations.

Spare a thought then, for Pakistan PM Imran Khan whose tweet to Joe Biden delivered rather controversial sentiments. Innocently tweeting in Urdu, he was seemingly unaware that Google would offer a translation of his message to his audience in the US. Unfortunately that translation was a little off as it reported Khan was looking forward to working with “the corrupt leaders who cover up the stolen national wealth”. Oops. 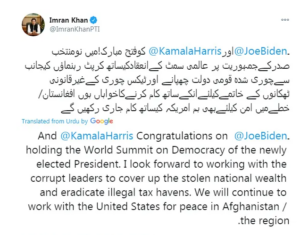 Now, whilst matters of state diplomacy are perhaps not part of your day to day business, getting off on the wrong foot with a new client, or mistakenly representing yourself in a bad light to current customers, is never a good thing.

The trouble is, whilst most people appreciate the need for a translator when it comes to official comms, how many of us even consider what that helpful “auto translate” plugin might be doing to our innocent social media messages among overseas audiences?

How did it happen?

We got in touch with one of our Urdu translators to get to the bottom of this. Irshad Muhammad was educated in the UK, but is a native Urdu speaker based in Pakistan. He took a good look at our example for us and told us there were two key errors which contributed to the dodgy translation.

Firstly, he noticed that the Urdu version was missing a lot of spaces – probably to save space due to Twitter’s character restriction. The spaces are skipped where it’s assumed the reader will understand the words individually, but with a machine translation, this nuance is missed.

Secondly, Google made a big error by not treating the two parts of the sentence (which were joined by “and”) as part of the same sentiment, and translating them separately.

So a professional translator like Irshad could have pre-empted the issue caused by missing spaces, and helped to compose a message which read more clearly from the start and would have produced much better auto-translate results.

How to avoid it

Translation software is now ubiquitous across the internet. Social media platforms embed technology into their websites which offers their users instant translations of any and all content. Most web browsers have an auto translate programme built in to interpret online content too.

The trouble is that when we’re posting something online, most of us aren’t considering an overseas audience. If your business doesn’t have a presence elsewhere, there’s not too much to worry about – but if you’re merrily posting content in English, while half your customers are in Europe, for instance, you might want to consider what they’re unwittingly consuming via auto-translate!

There’s often no hard and fast rule to avoiding a dodgy translation – there are so many different technologies out there that it can be hard to predict how it will turn out. But there’s definitely an argument for crafting your online content very carefully. 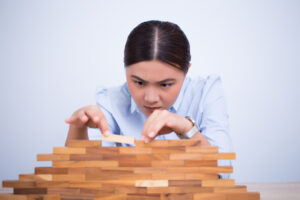 Some things to consider

Want to speak to the professionals about your translation concerns? Contact us – we’re always happy to offer advice!